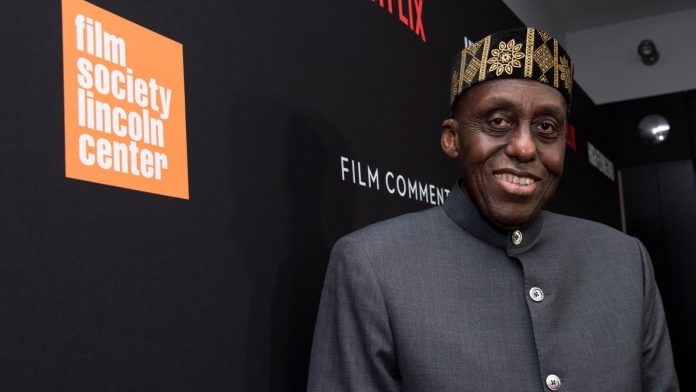 Amid an ocean of multinational films in the fight for the Palme d’Or – among them the expected “Bergman Island,” by Mia Hansen-Løve; “Lingui,” by Mahamat-Saleh Haroun, and “Benedetta,” by Paul Verhoeven – the Cannes Film Festival kicks off its 74th edition with a tribute to veteran actor, director and activist for racial causes Bill Duke, now 78 years old.

Known to the public for action classics such as “Command To Kill” (1985) and “The Predator” (1987), William Henry Duke Jr., a New Yorker born in Poughkeepsie, will win a tribute at the Croisette, in the Cannes Classics section, with the screening of the TV movie “The Killing Floor“, first shown by Public Broadcasting Service (PBS) in 1984. The plot is set during World War I, when a boy from South America travels north to Chicago to find work in the city’s slaughterhouses, where he becomes involved with the organized labor movement. He becomes prominent as a leader of the black people who join the union, although many, including his best friend, see him as trouble. For the Cannes event, the UCLA Film and Television Archive facilitated the in-house 4K scanning of the film’s original 16mm negative, which is part of the Archive’s Sundance Institute Collection. Under the supervision of the film’s executive producer/screenwriter, Elsa Rassbach handled the restoration and preservation. This screening comes amid Duke’s recent success in the film “No Sudden Move“, released by filmmaker Steven Soderbergh on HBO Max on July 1st.

“The experience of having directed many films makes me understand the creative process of a filmmaker like Steven better, an artist who never stops growing,” Duke told C7nema in an interview panel to promote “No Sudden Move,” in which he steals every scene, alongside Don Cheadle in a state of grace. “I’ve worked with Steven before on films like 1999’s ‘The Stranger,’ and I’m always thrilled to see his collaborative process with the actors.”

Winner of the 1989 Golden Palm for “Sex, Lies, and Videotape,” Soderbergh screened “No Sudden Move” on June 19th at the closing of the Tribeca Film Festival, shortly after the awards were handed over. In the 45-minute second half of the New York movie marathon created by Robert De Niro, one of the pillars of the indie lineage of American cinema of the 1970s, the latest work by the 2001 Best Director Oscar winner (for “Traffic“) drew applause for its dramaturgy and, in particular, for Duke’s, Brendan Fraser’s and Cheadle’s performances. “The most beautiful aspect of the screening at Tribeca was seeing people coming together again to watch a movie, after all we went through with covid-19. It was a touching experience and I hope it continues,” Duke explained at the feature’s press conference, lined with stars like Matt Damon, Jon Hamm, Ray Liotta, David Harbour and Benicio Del Toro.

In tune with the narrative tradition of Dashiell Hammett, faithful to a whole lineage of noir narratives, even though it is based on an original screenplay by Ed Solomon, the feature is a study of betrayal in 1950s Detroit, a city so rough it reminds one of Ernest Laszlo’s photography in “Kiss Me Deadly” (1955). Soderbergh shot it himself, under the pseudonym Peter Andrews. The filmmaker seems to be returning to the good form of his masterpiece, “Kafka” (1991), in his drive to map out moral values in a world oppressed by profit. In the plot, ex-con Curtis (Cheadle) is convinced to steal a document in a crime that turns out to be a trap, with thieves played by Kieran Culkin and Benicio Del Toro as his partners. “It has something that harkens back to ‘The Godfather’,” says Duke. “It’s a study of the underworld.”