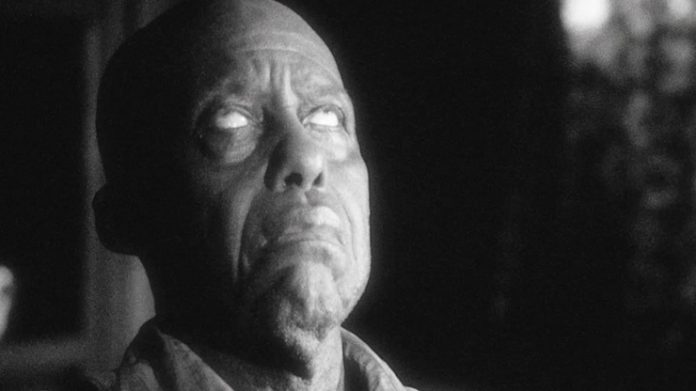 After being praised for his performance in HBO Max’s No Sudden Move, Bill Duke drew applauses at Cannes’ Director’s Fortnight as the lead in the short film The Vandal, directed by Eddie Alcazar.

With Darren Aronofsky as executive producer, The Vandal mixes animation and live action to tell the story of Harold, whose tormented search for peace following traumatic loss results in an unexpectedly destructive awakening after he undergoes a lobotomy. When the procedure “turns his mind inside out” and his great love is suddenly gone, Harold’s desperate search intensifies.

In the following interview, Alcazar talks about the responsibility of directing a star like Duke.

Can you elaborate a bit on the idea of Beauty? What does Harold’s vandalism represent, especially his fury against paintings?

I think the film is partly an exploration in what triggers creativity. What triggers a creative spark in an individual. Through trauma or an awakening. I believe Harold is always trying to reconnect with love through destruction throughout the film until the point he has an awakening that sparks the idea of creation being the path to reconnection and peace of mind.

What does it mean to direct a titan like Bill Duke, who is also a filmmaker? What does he add to your direction?

Bill was such a pleasure to work with. He is one of the most calm and collected individuals I have ever worked with and that in itself is very inspiring. He trusted me the entire way and having that trust in the process elevated everyone. Being a director himself I’m sure makes him very aware of what helps contributes to making a great film and what doesnt. So he always managed to find that balance of contributing while also allowing others to creatively flourish.


How does The Vandal speaks to the tradition of films such as Roger Rabbit, which blend animation and live action?

The combination of stop-motion animation and live action, the visual feel of the film is best described as “meta-scope,” a technique where “the closer you get to a subject, the more real it becomes.” We were dealing with three different scales. 1/87th for the wides in miniatures. 1/8th for the stopmotion medium shots and all the closeups were live action that we shot on film with the real actors in front of led screens which had the miniatures scaled up.

How was Darren Aronofsky’s creative involvement in the project and how was it to work with him?

Darren and his company mainly believed in the vision and helped fund the film. It was very experimental but I think everyone was surprised in how it turned out. It was a bit difficult to show much until the very end when the process was complete. So we mainly kept evolving the ideas a step at a time.