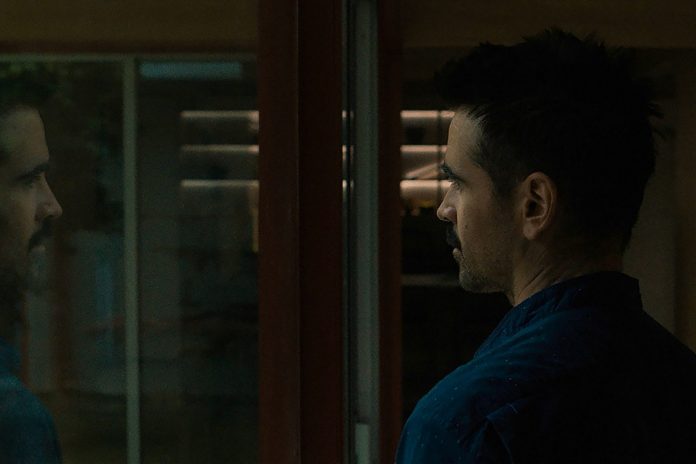 Kogonada’s eagerly awaited return is an unquestionably inspired work, yet ultimately a confusing experience that is bound to leave many unfulfilled.

Back in 2017 Kogonada was one of the hottest brand new exports out of American independent cinema, with the release of his groundbreaking debut “Columbus”. So it is with no surprise that when his name popped up in this year’s Cannes selection there was instantaneous excitement and anticipation.

His second feature is a sci-fi drama that takes place sometime in the future, and it introduces us to Jake (Colin Farrel), a father whose professional priorities often keep him away from the rest of the family, his wife Kyra (Jodie Turner-Smith), and Mika (Malea Emma Tjandrawidjaja), the nine-year-old adoptive daughter from China. The missing piece of the puzzle is Yang (Justin H. Min), a human-like robot acquired years before to play the role of Mika’s older brother and guarantee a continuing connection with her Chinese heritage.

But a technical malfunction turns Yang obsolete, triggering an immediate emotional crisis in Mika, who insists on the return of Yang. As an alternative synthetic is an unacceptable option, Jake digs deep in the black market to try and fix Yang. In that journey, he is forced to confront his own perception of memories as well as those of Yang, whose past is a lot more multilayered than it was first thought.

The plot may appear to be simple, but do not be fooled, “After Yang” is no easy trip. Its immense plot holes, that Kogonada himself insists on exploring throughout the film, are bound to leave you completely lost most of the time, as the film seems more interested in reproducing a constant sense of fragmented memories, than a linear comprehensible narrative. This alone should suggest a creative and intense journey ahead, and it does succeed in doing so at points, but generally, you are more likely to just feel overwhelmingly confused.

Kogonada explores several key themes, from the inevitable and overindulging ethical problems of AI, to the anti-Chinese propaganda that we are bound to have to deal with in future days, but all of these are mostly used as a pretext and colorization to the mood and vibe the author is trying to instill in the film.

His vision of the future is impressive, to say the least. There is an almost complete absence of the technological fetishism so typical of the genre, as in Kogonada’s version, the future is, perhaps unsurprisingly, as organic as it gets. Those who have marveled at “Columbus” will be aware of his fascination with architecture and will be please to discover that his interest spills over into “After Yang”, with exquisite urban landscapes dotted by high lush green gardens. The interiors are perfectly balanced with Asian-inspired soft pallets and wood tones which add to the intimate atmosphere of the “action”. The production design work is truly notable.

Ultimately, the problem is that despite its undeniable value, the technical triumphs come off as slightly exhibitionist. Kogonada is well aware he is a singular voice in contemporary American cinema, and he has decided to show it to us in all its overgenerous glory. The film itself is often left behind and most of us do need more than a pretty setting to fully engage with such an alien context.

The cast itself appears to be as disorientated as we are, and is infected by another of “After Yang’s” challenges: rhythm.  The film kicks off with a high tempo dance credit, which has to be said, topples any other in this year’s Cannes lineup. But that energy quickly dissipates. Story-wise the transition does make sense, as the characters themselves experience a change of pace in their lives with the disappearance of Yang. But at no other moment it finds enough conflict or reason for change, resulting in a monotone tempo that is forever hostage to the format the author so wants to explore.

Kogonada eagerly awaited return is an unquestionably inspired work, yet ultimately a confusing experience that is bound to leave many unfulfilled.