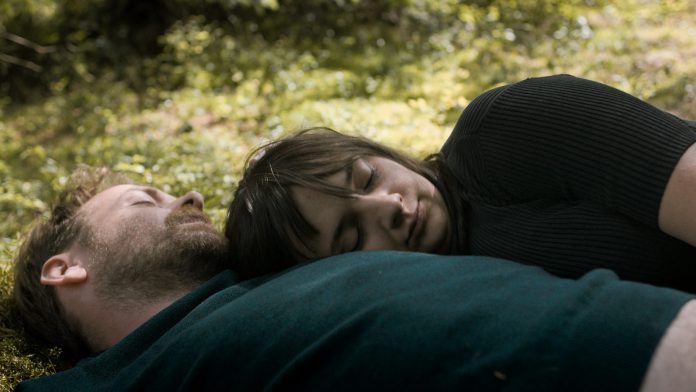 It’s not a new theme in the Romanian New Wave landscape (which isn’t all that new anymore) and even Jude has already stepped into this territory back in 2009 with “Everybody in our Family,” a drama about a couple torn apart.

But it’s 2021 and Grigore’s new blood aims at women’s issues, focusing her attention on two sisters, Irina and Viki, but mainly on the first one (Iona Chitu), who is completely absorbed by family dynamics that force her to make all of the decisions in the name of a the family business (a hotel resort). And this business provides her wealth but also prevents her from growing beyond that microcosm full of psychoses fueled by a patriarchal structure.

Irina wants to study and get out of that sphere that drains all her time and attention, and where she is even physically and psychologically abused  by her cousin Liviu (Mircea Postelnicu), a toxic man in all his sexism, possessiveness and anti-Semitism, whose violent impulses put every woman in the family in danger.

Even when the 22-year-old Irina leaves for Bucharest to study, she is pressured not to pursue an education and to run the family business. It is already in the Romanian capital that a criminal event will turn out to be strangely emancipatory for her. One morning she wakes up after a night of partying and realizes that someone had raped her during the night, while she was unconscious. She discovers that it was Tudor (Emil Mandanac), an older married man from Bucharest, but instead of following a natural path to seek justice (Tudor claims she was conscious during the sexual act), perhaps more tormented by her family, she decides to make the most out of it, embarking on an “affair” with the man as a possible escape to freedom. A “love affair” that will culminate in an act of extreme violence and racism practiced by Liviu.

Grigore presents everything with the energy of the Romanian New Wave, often with a handheld camera, delivering a wide range of shots: from claustrophobic and oppressive close-ups, to medium shots that evoque an exacerbated confusion of who’s who in the family, to panoramic views of the region where the family lives.

With this the filmmaker manages to build a film that always has a frantic rhythm and a vital energy that shows Irina’s rocky journey from oppression to liberation. But in the midst of all the hubbub of characters and actions, what truly shines is not the film but Iona Chitu, who carries the burden of sacrifice in the face of toxicity and selfishness. She never gives up and stoically resists all the intrusions she is subjected to, delivering one of the best constructed and best-acted female characters of 2021.