The Co-production Platform Of The Cairo International Film Festival 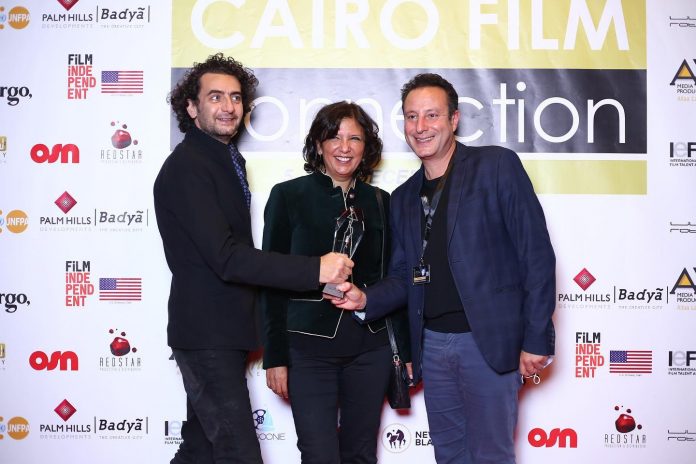 The 43rd edition of the Cairo International Film Festival (CIFF) announced today that the Cairo Film Connection (CFC), the co-production market held as part of Cairo Industry Days (December 3 through 6), is now open for submissions until August 5, 2021.

More than 120 Arab filmmakers to date have been supported (with more than 600 thousands USD over the past three years) by the Cairo Film Connection which will run from December 4 to 6.

“Last year the Cairo Film Connection provided not only financial support to filmmakers but an opportunity to gain exclusive access to leading international and regional professionals. With more than 150 meetings made in last year’s exceptional edition, we’re aiming to maintain Cairo Industry Days as the meeting point of film creators and strengthen the market of independent cinema within the region”, said Meriame Deghedi, newly appointed Head of Cairo Industry Days.

“Despite all the challenges the industry have gone through, CFC mission is to keep supporting creative voices from the region and to bring compelling and exciting stories to audiences around the world. Working together with our partners and sponsors we are looking to another exceptionale edition”, explained CIFF’s President, writer-producer Mohamed Hefzy.

The newly appointed manager of the Cairo Film Connection, Chadi Zeneddine, added: “It is my pleasure to join the Cairo International Film Festival team in running the dynamic Cairo Film Connection co-production market, and in generating a productive space for filmmakers and industry alike. I am also looking forward to discovering and supporting talent from the region and the Arab diaspora.”

The Cairo International Film Festival (CIFF) is the only festival in Africa and the Middle East to be accorded category “A” status by the International Federation of Film Producers Associations (FIAPF). The event recently confirmed that it will hold its 43rd edition from December 1st-10, 2021.