“The Story of Film: A New Generation” By Mark Cousins Cannes Film Festival 2021 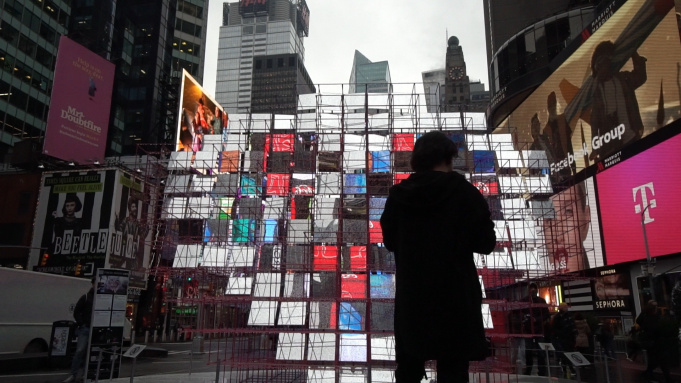 Mark Cousin’s latest venture may not be totally immune to its faults but it surely is his most important contribution to filmmaking so far. It is the right film unleashed at the right time.

Northern Irish film critic turned filmmaker, Mark Cousins, has been a continuously much-needed presence in the world of film. For years now he has been a major player in the often ungrateful task of promoting thoughtful discourse around filmmaking, standing out as one of the most valuable “film thinkers” of our age. His “The Story of Film” video essay series, released back in 2011, was an astute poetic love letter to cinema, quickly becoming an obligatory presence in all cinephile collections. He now returns with a continuation of that same journey, only this time around he is focused on the last decade in filmmaking, and perhaps most importantly, on what is about to come in the future.

Divided into two distinct but intertwined parts, the film begins by signaling out some of the greatest feats of the last ten years. It is an endless “orgy” of name-dropping, including all the best hits of the Art-House and Commercial film circuits. From Apichatpong Weerasethakul’s “Cemetery of Splendor” to Tom Miller’s “Deadpool”, from Bollywood to the Hybrid Documentary tsunami, there is plenty there to keep everyone satisfied, so much so it would be easy to point a finger at his need for intensive inclusiveness. But one of Cousin’s greatest skills has always been his capacity to find meaning, including in the apparently meaningless. His refreshing all-reaching perception of Cinema will inevitably be welcomed by some, as will his genre by genre analysis of XXIst century film history, which leaves very little behind.

But it is in the second part where the film really stands out. Heavily influenced by this year and a half of the Covid-19 pandemic, and its consequences on our collective awareness and viewpoint, as well as the impact of new technologies, he dares to find the filmmaking value in every single alternative, all to point out the organic nature of film, ever-evolving and ever-growing. This all spells the perfect counterargument to those who keep announcing the death of true filmmaking (whatever that means), so film buffs now have a digestible and efficient weapon to be used and abused. If no one else is willing to create the myths, Mark Cousins surely does not shy away from steering into those paths.

Perhaps unsurprisingly, the method is very similar to his previous effort, and no matter how talented and engaging is narration is, it is hard not to feel some fatigue along the way, after all, at 2 hours and 40 minutes in length, “The Story of Film: A New Generation” suffers from its repetitiveness and thorough nature. Yet, there is more than enough there to keep surprising you every time you are about to quit.

“The Story of Film: A New Generation” is the right film unleashed at the right time. A much-needed inspiration and a reminder to those he describes as “creatures of the dark (film theatre)”, and a potential eye-opener to all those who abandoned the collective film experience long ago. This year’s Cannes Film Festival could hardly have started in a more positive and optimistic fashion.